Suicide in the Young: An Essay

Few readers may realize how heavy a toll is taken by suicide during the years of high school, college, and young adulthood. Although suicide is at last being viewed as a public health issue, says psychiatrist and best-selling author Kay Redfield Jamison, we are still doing far less than we could to stop this “preventable tragedy.” Jamison, author of Night Falls Fast: Understanding Suicide, comments in this essay on promising changes in public and political perception of the epidemic of loss called youth suicide and how we can reduce this “preventable tragedy.” [Editor’s Note: this introduction and the article below appeared on the Dana Foundation website at https://dana.org/article/suicide-in-the-young-an-essay/]

Most of us can hardly imagine the suffering that precedes suicide and the pain left in its wake. When the person who dies is young, the devastation is even more profound. The public, however—including most parents—remains disturbingly unaware of the prevalence of suicide among young people. This is in part because, until recently, there was virtually no public health policy on the subject; in part because society is reluctant to discuss both suicide and the mental illnesses most directly responsible for it; and in part because there is a pervasive belief that suicide is highly idiosyncratic in nature and therefore neither predictable nor preventable. Unlike oncologists and cardiologists, who know that certain types of tumors or heart disease radically increase the likelihood of death, psychiatrists and psychologists tend not to think of mortality rates in the context of psychiatric illnesses. This has led to considerable confusion, as well as to an underemphasis on how much is actually known about suicide from a clinical and scientiﬁc point of view. In fact, we know a great deal.

We know, ﬁrst, that suicide is a terrible killer of the young. In the United States, suicide is the third major cause of death in 15-to-19-year-olds and the second leading cause of death in college-age students. In 1996, more teenagers and young adults died from suicide than from cancer, heart disease, AIDS, stroke, and lung disease combined. Suicide kills the young dreadfully and disproportionately. And, across the world, in those between the ages of 15 and 44, suicide is the second leading killer of women and the fourth of men. Nearly one million people die by suicide each year, 30,000 of them in the United States.

In addition, studies conducted by the Centers for Disease Control and Prevention ﬁnd that one in ten college students, and one in ﬁve high school students, acknowledge having seriously considered committing suicide in the preceding year. Nearly one high school student in ten admits to having actually attempted it. Each year in the United States, more than 500,000 suicide attempts are made that are serious enough to warrant medical attention in an emergency room.

We understand—up to a point—the mental states of those who kill themselves: the despair, depression, irritability, agitation, and sheer hopelessness. We have learned a great deal about the suicidal experience from the victims’ legacies—notes, diaries, psychological autopsies, and clinical interviews with people who have survived severe

suicide attempts. We have compelling evidence from a large number of studies that the single most important factor in suicide is psychopathology: More than 90 percent of all people who kill themselves suffered from a major psychiatric or addictive illness (depression, manic-depression, schizophrenia, or alcohol and drug abuse), a severe anxiety disorder, or borderline or antisocial personality disorder. Those who are victims of both depression and alcohol or drug abuse are especially at risk. Most people who were depressed will not kill themselves. But of those who do, the majority were profoundly depressed.

We also know a great deal, although not nearly enough, about the underlying biology of suicide. For example, there is a genetic component that is probably independent of, but interacts dangerously with, the genetic factors implicated in the major psychiatric illnesses (see David Brent’s article). We know that neurotransmitters such as serotonin, norepinephrine, and dopamine are deeply enmeshed in the volatility, impetuousness, and violence that go along with the moody and explosive temperaments most closely associated with self-murder. Violence is, unquestionably, an integral part of many suicides. Poet Sylvia Plath, who was treated for depression and later killed herself, described a terrible violence within her: “I have a violence in me that is hot as death-blood,” she wrote, after an argument with a stranger in a park. “I can kill myself or—I know it now—even kill another. I could kill a woman, or wound a man. I think I could. I gritted to control my hands, but had a ﬂash of bloody stars in my head as I stared that sassy girl down, and a blood-longing to rush at her and tear her to bloody beating bits.” Igniting such a volatile temperament with psychological stress, or with depressive illness or other psychiatric disorder, is often deadly. 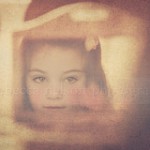 suicide: a range of antidepressant medications, lithium, anticonvulsant medications, psychotherapy, drugs to treat anxiety, and drugs to ameliorate and prevent psychosis. Of all these, lithium is the most persuasively tied to the actual prevention of suicide. But not everyone will respond to lithium, and not everyone who needs it will take it as prescribed. Other medications—such as the antipsychotic clozapine, and the antidepressants—can also help prevent suicidal behavior. Most of these medications have troublesome side effects, but the research literature is consistent in showing that patients at high risk for suicide are in great danger if undertreated—as many still are.

We are also fortunate to have a surgeon general, Dr. David Satcher, who is both knowledgeable about suicide and forcefully involved in doing something about it. The strategies proposed in his recently released report provide the ﬁrst coherent national plan put forward to prevent suicide. At last suicide is being recognized as a public health issue.

We know many things about suicide, but not enough. What we do know is not being communicated as well as it should. We need to generate far more public awareness of how prevalent a killer suicide really is and of the symptoms of and treatments for depression and the other psychiatric disorders implicated in suicide. Families, schools, churches and synagogues, teachers and university administrators all need to learn more and do more. We require a society with its eyes open to this preventable tragedy, a society that does not tolerate the intolerable.

Once…he wrote a poem.
And he called it “Chops,”
Because that was the name of his dog, and
that’s what it was all about.
And the teacher gave him an “A” And a gold star.
And his mother hung it on the kitchen door,
and read it to all his aunts…

Once…he wrote another poem.
And he called it “Question Marked Innocence,”
Because that was the name of his grief, and
that’s what it was all about.
And the professor gave him an “A” And a strange and steady look.
And his mother never hung it on the kitchen door
because he never let her see it…

Once, at 3 a.m…he tried another poem…
And he called it absolutely nothing, because
that’s what it was all about.
And he gave himself an “A”
And a slash on each damp wrist,
And hung it on the bathroom door because he
couldn’t reach the kitchen.

We owe it to this child and to thousands like him to know more and do more.

Every Thursday we publish “AfterTalk Weekly.” We invite readers to submit their own poem, essay, or suggestions  for publication. If you are a therapist you are welcome to extend this invitation to your clients as well. Please send your submission to info@aftertalk.com