Editor’s Note: New York comedian Michael Cruz Kayne decided to write on Twitter about his infant’s death, on the 10th anniversary of losing his son, who was just 34 days old. Twitter responded in full force with more than 140,000 people reacting, many sharing their gutting stories of loss and grief, and offering support for one another.

From an interview in The Seattle Times:

“… Kayne said he feels lucky to have his surviving son, Truman, a daughter, Willa, 7, and his wife. But the pain of losing Fisher is often silently present. He said he’s started asking people about the loved ones they’ve lost, in more than a passing way.

“I’ve become more direct with people about their grief,” he said. “When you do that, people are like, ‘Oh man, I can talk about this forever.’ “

He said he hopes part of Fisher’s legacy will be that he prompts people to talk about grief, even on social media, which he said can at times be “a nonstop volcano of darkness.”

“The best of social media is stuff like this, where somebody shares something that is meaningful and feels purposeful or positive,” he said. “It just feels good to write it and put it someplace. If it’s of service to people, that’s a benefit.””

This isn’t really what twitter is for, but ten years ago today my son died, and I basically never talk about it with anyone other than my wife.  It’s taken

me ten years to realize that I want to talk about it all the time.  most of the conversations we have about grieving are very, very weird.  Tragedy is still so taboo, even in the era of the overshare.  it’s all very *sorry for your loss* and tilted heads and cards with calligraphy on them and whispering. We’re all on tiptoes all the time. but grief is not one thing, it is a galaxy of emotions, most of which are put in orbit by the loss of someone you loved, and the harrowing (or not) circumstances surrounding that loss.  But we only get to talk about one part publicly: the sadness. but there is more!

Some things make me angry: when the hospital prepared us for his death, one of the doctors kept saying “your daughter” repeatedly until I said through gritted teeth “he is a boy.

Some things make me confused: we cremated our son.  how the fuck does that work?  like, what are steps one through ten of that process?

Some things make me laugh: the funeral home handed us a receipt after our son’s funeral that said “thank you come again” at the bottom.

Our dead son has a twin, who is very much alive.  and he’s really just great.  and that’s crazy too, because the better he is, the more I’m like ahhhhh 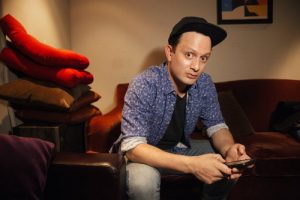 shit I wish his brother were alive. And they both have a sister, who asked us to put an extra candle in her brother’s birthday cake, and who led us in writing a story about her dead brother tonight. And yeah, we talk about our dead son with our living kids all the time because that’s what we decided to do?

Anyway, all of those thoughts, up until recently, have basically been kept to conversations with my (amazing) wife and (fine) family (also amazing). And now I want to share them. And I bet you have a friend with a sad story also wants to share the not sad parts.

My dead son has a legacy already, in my wife, who became an intensive care nurse because of him.  Can you believe it?  being around sick and dying children all day?  healing/caring for them?  she does that because of my son. and maybe now, a decade later, I’m ready to contribute a tiny bit to his legacy also, with a plea: 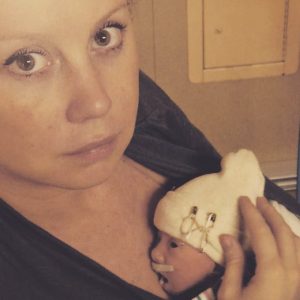 Grief is isolating, but not just because of the sadness.  also, because the sadness is the only part about it that anyone knows.

Not a single person has ever been unkind about my son, but almost no one considers the fullness of his loss and how complicated and weird and everything else it was and continues to be.

Having just recently started talking to other grievers, I know many of them feel the same. Ask your friend about the sad thing that you never talk about, and be open to the depth of that experience.

One day, and I mean this without grimness or condescension, everyone you know will be dead.  it will help us if we talk about it.  or anyway it is helping me.

If you are grieving, you are not alone.

Editor: this link should take you to Michael’s Twitter thread (click on the link or past into your browser: