I have two really bad months in the year. January marks the anniversary of the decline of my father’s treatment for colon cancer, and his consequent death. There 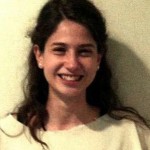 are a couple of days in January when grieving for my father makes it hard to get out of bed, because the sheer memory of grief weighs me down. It’s a sharp pain that occasionally visits me then; accompanied, as always, by the disbelief that something that terrible ever happened to me. On January 29th I woke up to a phone call from my mom, telling me to get my sister and myself  ready to leave for the hospital because it looked like today would be the day that Dad died.

That’s the kind of day that makes you cry when you witness it in movies and novels, but in real life it’s the kind of day that immediately feels so distant. January is also an explainable month for grieving. I still get texts from cousins and close friends years after the fact, telling me that they remember what happened, and asking me if I’m okay. If I showed up late to class at the end of January, and my professor gave me a dirty look, I would go up to them and say “oh sorry, I’m a tad distracted because my father died exactly four years ago.” Then I would take pleasure in watching them squirm, which I’m not proud of, but grief makes you do weird things.

Then there is September.

September 18th is my dad’s birthday. How would I explain losing my marbles in early September?  “Umm, well, uh it’s my dad’s birthday soon, well it was, hmm, before he died years ago. Is it technically still his birthday?”

Yeah, not such a graceful explanation for why I’m upset. Not only is this month harder to articulate, but it also upsets me a whole lot more. I’m noticeably upset in late August, just anticipating September.

Why is my Dad’s birthday so sad? Mainly, it reminds me of good memories that should still be made, but aren’t. All of September I think: “if life were fair, my dad would be turning 58.” Of course, it’s upsetting for me, feeling such a leviathan absence. However, it also makes me feel guilty. It’s the guilt that my dad never got to

turn 55, that he doesn’t get to argue each year about how it’s not weird to want to gamble at the racetrack or watch seven hours of golf on his birthday, as long as he makes it home for dinner with the family. I even feel guilty that my dad doesn’t get to find out how all of our favorite TV shows ended (actually that might be a blessing in disguise, they all went downhill). As completely irrational as this guilt is, it is also completely unavoidable.

At least when it’s January, the more self-deprecating side of me gets to say: “hey, at least I’m not at the hospital waiting for my dad to die, like in 2010.” There is some upside to the passage of time when it comes to distancing myself from the loss. Every September is just another missed birthday. The upside is topical, the faint idea that we should be celebrating his life and not mourning. The actual feeling is that each year I am being brought further away from that parallel universe where my father is still alive.

3 thoughts on “Grieving for my Father: a Daughter’s reflections”