Processing Trauma After Mass Shootings: photographer Andres Gonzalez has spent the past five years documenting the aftermath of mass shootings in American schools. He speaks with NPR’s Audie Cornish about how communities process trauma and the patterns of responses to violent acts.

Andres Gonzalez has spent the past five years photographing tangible pieces of grief.

CORNISH: He’s traveled to American communities where school shootings have happened, going through archives of items sent to victims’ families and the schools.

GONZALEZ: I found a lot of origami cranes.

CORNISH: There are photos of young faces, poems, teddy bears, notes from students to friends who were killed. One reads, I wish now I would have 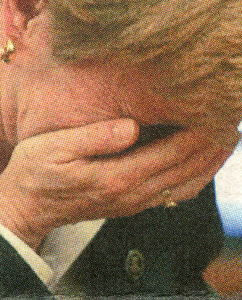 spent more time with you, but I’m so thankful for our ’80s movie night. Later, the same note asked, what was it like to hug Jesus? Now, photos of these mementos will appear in a forthcoming book titled “American Origami.” When he set out to do a project on school shootings, Andres Gonzalez didn’t know these kinds of archives even existed.

GONZALEZ: The very first place I visited was Northern Illinois University. There was a shooting there in 2008.

CORNISH: A gunman killed five students on campus before killing himself. Gonzalez met with a librarian at NIU who told him the school had saved the things left at makeshift memorials after the attack.

GONZALEZ: She showed me a few items. But what I wasn’t really expecting was to see the massive amount of material that they had collected. It just went on and on and on. And I still wasn’t sure what question I was asking. I didn’t know that the memorabilia would be such a big part of the project. But that was the introduction to the work.

CORNISH: Since then, you visited Columbine, Virginia Tech. You’ve also spent time in Parkland. What are the patterns, the materials that you see over and over again?

CORNISH: What do you mean by that? 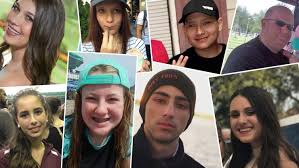 GONZALEZ: For instance, I was speaking with the archivist in Parkland, and he was telling me that he had – you know, the one time – he had considered himself very stoic. But the one time that he became very emotional was with a letter that he found from a woman – he was telling me it was a mother that had lost a child to suicide. And she told her story in this long, handwritten letter. And it was not sent to anyone in particular. It was just sent to the community. Whether she expected it to be read or not is questionable. But it was almost – felt like it was a cathartic act for her to write this letter. And I found a lot of stuff like that in these archives.

CORNISH: You also reached out to some of the families who have lost family members. And I want to play a little audio from Peter Read. He’s the father of Mary Read. She died at the shooting at Virginia Tech. And he talks a little bit about what it’s like to lose a child. Here it is.

PETER READ: When you have a family member who is deliberately taken from you by another person in a violent act, you have this hole that’s ripped in the fabric of that family, the friendships, the community. And it’s a hole that’s shaped like Mary in every way you can imagine. And it just – it goes on forward in time indefinitely. And everything has to rearrange itself around that emptiness.

CORNISH: Andres, what did these families tell you about whether these condolences mean anything to them – right? – given the kind of grief he’s describing?

GONZALEZ: Yeah. I mean, it’s complicated. I was speaking with Kristina Anderson, who – she’s a Virginia Tech survivor – about this. And she had said to 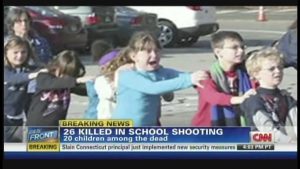 me something that really stuck with me, which is that she felt all this memorabilia, it becomes a huge burden for families and survivors to go through, to catalog and to store. It felt like it might be more in the service of the person giving than the people that have actually been through the violence. So in that sense, I kind of felt the same thing you feel just reading the repeating language. It almost feels like a kind of – they’ve been prescribed by these past tragedies.

CORNISH: What do you mean by repeating language? What aspects of this start to feel rote?

CORNISH: So once you’ve sent off your item to say, we are with you, how do those communities deal with the hundreds of thousands of letters or teddy bears or crosses or angels that they receive?

GONZALEZ: So a lot of the items are sent directly to the families. And what I’ve found is a lot of families don’t want them, so they leave them to the city or to the school. And the schools and the cities then spend time collecting them and finding a home for them and archiving them and cataloging them. I was just in Parkland, and they collected 227 boxes’ worth of mementos and moved them into Florida Atlantic University’s library where they will eventually be cataloged and stored and then digitized and put online.

CORNISH: Not every community creates an archive, correct? And you have talked to communities…

CORNISH: …Where they destroyed the materials they received.

GONZALEZ: Yeah. So in Sandy Hook, they were inundated with so much stuff. They had received over 65,000 teddy bears, over half a million letters along with quilts and poetry and all the other ephemera that gets sent to these sites. And first, the city tried to hold it at City Hall, and it filled up City Hall. Eventually, they ended up moving it into a small airplane hangar, and it filled up the airplane hangar. And the city didn’t know what to do with it. So the Connecticut State Library curated a very small selection that went into their archive, but the majority of it was incinerated.

I met a resident of Newtown, Yolie Moreno, who had – took it upon herself to photograph and document every single artifact that was sent to the town before it was burned. So she created an online archive which is really beautiful called Embracing Newtown. But the city, they designated it sacred soil, the ash that was a product of the incineration, and now it lives beneath City Hall.

CORNISH: In the end, what do you want people to understand about this?

GONZALEZ: One thing – that it’s complicated because I see people really trying to connect to these tragedies. But at the same time, the takeaway from this work I hope is to realize the inadequacy of that response, and that we take accountability for how we behave in the aftermath of these mass shootings. That sending condolence cards, while they do mean something, it’s not enough. And that our political response is not enough, you know? And that was what I was hoping would be the takeaway.

CORNISH: Is there a particular photo in the book that sticks with you, an image or one of these I guess pieces of grief that you can’t let go of?

GONZALEZ: There are a lot that I feel emotionally attached to. I found one index card. This was at the Sandy Hook archive at the Connecticut State Library. It was written in a childlike hand. And it just said, help is on the way. And on the one hand, I felt like it was written in a moment of distress. At the same time, I felt like, well, it doesn’t seem like help is on the way. 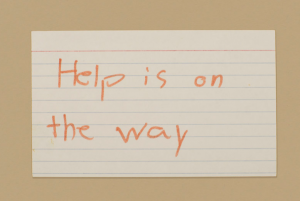 CORNISH: Andres Gonzalez, thank you so much for speaking with us.

GONZALEZ: Thank you, Audie. It’s been really great to talk to you.