It is only a few days since observed the 20th year since 9/11. I hesitate to call it an “anniversary” since the word usually conveys a joyous occasion.  The song is about a firefighter who did not die on 9/11, but the sentiment applies to all who rush toward what most of us hurry away from, whether it be flames, bullets, or a virus.

This week’s song is about mourning a hero written and performed by an icon of the ’60s, Robbie Robertson, singer-songwriter and lead guitar of The Band.  The Band was Bob Dylan’s backup group during his legendary 1966 tour. Their stellar career was celebrated at their last concert, filmed by Martin Scorsese and released as The Last Waltz, perhaps the greatest concert film of all time. I first heard them during the 1966 tour at Island Garden in Hempstead, NY, then again at Woodstock in 1969.

Shine Your Light is the theme song from  Ladder 49 a film about the heroics of fictional  firefighter Jack Morrison, who is trapped inside a warehouse fire, and his recollection of the events that got him to that point. The movie is a celebration of the firefighting profession and the lifestyle associated with it.–Editor, Larry Lynn 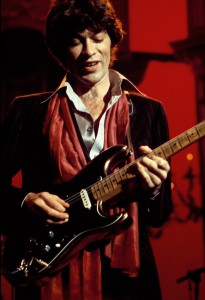 Don’t wanna be a hero
Just an everyday man
Trying to do the job the very best he can
But now it’s like living on borrowed time
Out on the rim, over the line
Always tempting fate like a game of chance
Never wanna stick around to the very last dance
Sometimes i stumble and take a hard fall
Lose hold your grip off the wall 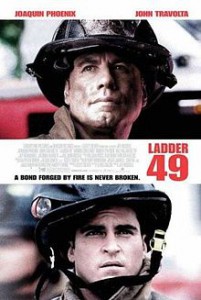 He’s here but not here