Editor’s Note: I thought this fascinating article by Tianna Rooney has broad application to grieving, and especially those facing the imminent loss of a loved one. LL 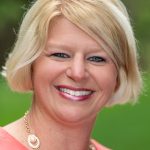 Contingency planning is an undeniably useful life skill. Any reputable financial adviser could write this article with absolute conviction that indeed, planning for the future is the prudent path to take when moving through adulthood. In fact, from early on we are taught and encouraged to plan ahead. The Boy Scouts are well known for coining the motto “be prepared”. The idea is to be alert and ready to hand anything that crosses your path, either in a forest or in life. Sure, there is value in thinking ahead and plotting out decisions and life paths. However, as a therapist, I often see this responsible contingency planning go awry.

I am not a financial planner (or a boy scout), but rather a mental health professional. And in my world, there is a spin-off of “be prepared” that runs deep in a lot of people’s minds. “What if” is often core to an anxiety mindset and can lead to both obsessive thinking and avoidant and other unhealthy behaviors. The simple question “what if” is innocently asked of ourselves to keep us between the guard rails of life’s decision highway, help us consider consequences and prevent us from making impulsive, irrational and irresponsible choices. Even well intended strategies can backfire. We have probably all experienced this “what if” internal banter and realize it is a miserable and exhausting way to live. The point of this article is not to debate the value of “what if”, but rather identify a spinoff of this internal question…”just in case”.

Whereas “what if” encourages an analysis of what might happen, “just in case” assumes tragedy could strike at some point, and it is likely just a matter of time. To some extent it seems like the common notion “just in case” is fear disguised as responsibility. Okay, so with everything, I must examine where my thinking on this stems from. And of course, it is from my childhood (like I said, I am a therapist and really quite good at analysis). Fear of scarcity can lead to a number of coping mechanisms and contingency planning. For most, this is likely not a problem and a harmless way to structure decision making. For some of us it stems from the survival decision making of thinking ahead and predicting a time (perhaps just around the corner) when we may have nothing.

As a child I recall being privy to financial information. To put it simple, we didn’t have a lot of money. This was not a secret and was not hidden from us kids, it couldn’t be. I have memories of stocking up on sale items when we had the money (child support check arrived) to do so in preparation for a time when money wasn’t there. This pattern was normal to me and didn’t cause me stress, I merely assumed this was the way of the world. For my parent however, these behavior patterns of scurrying to accrue goods for future deprivation were laced with angst and fear.

Recently I spoke with my mom who still lives life in accordance with this “just in case” model. She revealed to me that she only pays the bare minimum payment on a very high interest loan because “what if something happens”. This constant preparation for a crisis doesn’t sound or feel very healthy. In fact, it feels anxiety provoking, not reducing. The idea that a crisis lurks around every corner and you must be able to react to it in order to survive raises my blood pressure and heart rate! This preparedness seems like reactivity disguised as being proactive, reacting to something negative that will assumedly happen. The thinking is that there will be a time, and likely soon, where crisis will strike (again and again and again).

To make this a touch more complex, let me integrate the idea of Law of Attraction. This theory is based on the notion that the more energy, attention, and thoughts you give toward an idea, the more likely it is to happen. In its most basic form, “like attracts like”. Positive energy will attract more positive energy and of course the reverse would also hold true in that negativity will beget negativity. Interestingly, when you look at this idea in the context of “just in case”, the circumstance that the person is hoping to avoid or preparing for is more likely to happen because they are exerting energy, time and resources planning for it. Specifically for my mom, the thoughts and behaviors that she engages in surrounding the idea that she will not have enough money, in fact leads to this continued pattern of not having enough money. I have witnessed this painful pattern over her lifetime. Overtime I am certain that she has internalized several ideas including she is not good with money, she will never get ahead and to some degree that she is stupid. Now none of these have to be true, but she has assured their truth in her mind because of her repetitive thinking pattern of “just in case”.

The purpose of this article is not to inspire you to cash in your life savings and live for today. Rather, my hope is to encourage you to look at what actions you take that coincide with thoughts or beliefs that may in fact keep patterns firmly in place. Of course, you make certain decisions based on the “just in case” thought process, this is responsible in many situations and is known as contingency planning. However, I would advocate that acknowledging what feelings drive your “just in case” behaviors to be the most useful part of the equation. If you make a “just in case” decision out of fear, this may actually trigger the event or others like it to happen (according to the law of attraction). Typically fear based behaviors and thoughts demand a lot of our time and energy. We mull them over for long periods of time, nearly obsessing about what is the right decision (as if this usually exists). Whereas, if you make a “just in case” decision feeling empowered, my guess is that you are not spending very much time or energy on it at all. When feeling empowered or self-assured, I imagine you likely act or make a decision rather quickly (not impulsively) and assertively. Our emotions and behaviors go hand in hand. When examining our behaviors or decisions, it is prudent to also consider the corresponding emotions to get the most accurate picture of why we do what.

Dr. Rooney is the owner of Perspectives Therapy Services in Michigan.