Editor’s Note: The following quote is from an inspiring piece by the renowned neurologist and author Oliver Sacks that appeared in last week’s New York Times. A movie called Awakenings based on a book about his early experiences in neurology starred Robert DeNiro and Robin Williams, the latter playing Sacks. His books like “The Man Who Mistook His Wife for a Hat” and “An Anthropologist from Mars” are ‘must reads’ for anyone interesting in the workings of the human mind. Sacks recently learned that he is dying of metastatic cancer. A link to the full article is below. 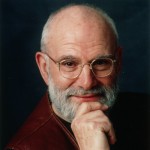 nonhuman. When I was sent away to a boarding school as a child of 6, at the outset of the Second World War, numbers became my friends; when I returned to London at 10, the elements and the periodic table became my companions. Times of stress throughout my life have led me to turn, or return, to the physical sciences, a world where there is no life, but also no death.”

Link to My Periodic Table