A Father’s passing: returning  to Sloan-Kettering

Last weekend, I walked into the Memorial Sloan-Kettering Cancer Center on the Upper East Side of New York City. At the lobby, a security guard asked if I knew where I was going. I said that I was visiting someone. I took an escalator, and then an elevator. The first floor I got off on had two patient rooms separated by a curtain. That wouldn’t do.

The next floor had single occupancy suites. I walked around aimlessly until one of the nurses asked me which room number I was looking for. I said that I didn’t know, and she rolled her eyes and directed me to another nurse. I started to choke up, and explained that my dad passed away a few years ago in this hospital. I just wanted a space to sit down. I was allowed to go into an empty 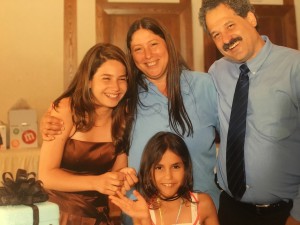 private room, and take all of the time that I needed.

The room had a lot of medical machinery, a sofa, a chair, and one of those medical mattresses that my cousin once described to me as, “tempur pedic on steroids.”

I guess it’s weird that I don’t remember what room my Dad died in. Or maybe that’s the whole reason that I found myself wandering back in there – because I blocked out so much of what happened to me in that hospital. I forgot what it looked like, a hallway full of cancer patients. It’s hard for me to recall the various surgeries that my father underwent, and the times I sat in the cafeteria by myself.

I tried so hard to be strong those months, and that meant blocking out all of that fear. I think there is a special quiet in a cancer ward, a stillness of people slowly losing their loved ones. We all want those treatments to work so badly, but sometimes they just don’t.

I didn’t tell anyone that I was going to visit Sloan-Kettering last weekend, and I only mentioned it in passing to my mother after it happened. The thought crossed my mind, inviting someone to come with me, but I didn’t think they would get it. Although to be blunt, I sounded like a dying wildebeest when I was sobbing in that room, so maybe it was for the best.

It’s probably hard to imagine why I would return to a place that is so emotionally painful and triggering. Didn’t I spend enough time in the hospital as a teenager? Well I did, but there is also 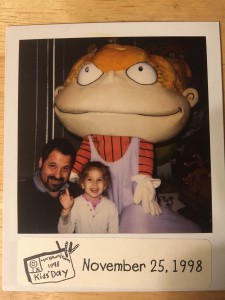 something to say for reconnecting with your grief. I carry the pain of my Dad’s death every day, and after all these years it can start to feel abstract. I feel messed up for no reason, mourning something so far away, and sometimes I even feel like I am overreacting.

Going back to Memorial, I remembered how absolutely horrible it is to lose someone to a fight with cancer. Cancer is a disease that the whole family fights, and it’s a fight that the whole family can lose, even if you’re body was never the battleground. I sobbed uncontrollably when I went back there, like you would not believe. Honestly, it beat feeling like I’m crazy every other day of the year.

In Sloan-Kettering, my grief is justified. Everywhere else, I am just an adult getting overemotional at her own memories.

[editor: this is the 17th in a series of articles by Caitlin Dorman about her evolution following her father’s passing when she was 15. She is now a senior at Brown University. To read the entire series, click this link:  CAITLIN DORMAN]