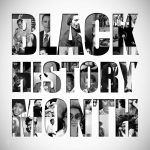 to grieving in the African-American community]

The murder of Emmett Till in 1955, and the subsequent acquittal of his murderers and public viewings of Till’s mutilated body, stirred the American consciousness and provoked outrage across the country. In 1960, Gwendolyn Brooks published her own response in the form of “A Bronzeville Mother Loiters in Mississip 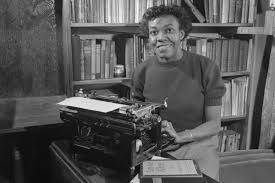 pi. Meanwhile, a Mississippi Mother Burns Bacon.” Though the political nature of the poem is not unusual, considering Brooks’s position as a poet writing during the 1950s and ’60s, it is unusual for Brooks to use the perspective of a white American. She adopts this stance to examine Southern patriarchy and the myth of chivalry as they are implicated in Till’s death, and ultimately, to condemn both the myth and the white woman’s desire for its fulfillment.

From the first it had been like a
Ballad. It had the beat inevitable. It had the blood.
A wildness cut up, and tied in little bunches,
Like the four-line stanzas of the ballads she had never quite
understood–the ballads they had set her to, in school.

Herself: the milk-white maid, the “maid mild”
Of the ballad. Pursued
By the Dark Villain. Rescued by the Fine Prince.
The Happiness-Ever-After.
That was worth anything.
It was good to be a “maid mild.”
That made the breath go fast.

Her bacon burned. She
Hastened to hide it in the step-on can, and
Drew more strips from the meat case. The eggs and sour-milk biscuits
Did well. She set out a jar
Of her new quince preserve.

. . . But there was something about the matter of the Dark Villain.
He should have been older, perhaps.
The hacking down of a villain was more fun to think about
When his menace possessed undisputed breath, undisputed height,
And best of all, when history was cluttered
With the bones of many eaten knights and princesses.

The fun was disturbed, then all but nullified
When the Dark Villain was a blackish child
Of Fourteen, with eyes still too young to be dirty,
And a mouth too young to have lost every reminder
Of its infant softness.

That boy must have been surprised! For
These were grown-ups. Grown-ups were supposed to be wise.
And the Fine Prince–and that other–so tall, so broad, so
Grown! Perhaps the boy had never guessed
That the trouble with grown-ups was that under the magnificent shell of adulthood, just under,
Waited the baby full of tantrums.
It occurred to her that there may have been something
Ridiculous to the picture of the Fine Prince
Rushing (rich with the breadth and height and
Mature solidness whose lack, in the Dark Villain, was impressing her,
Confronting her more and more as this first day after the trial
And acquittal (wore on) rushing
With his heavy companion to hack down (unhorsed)
That little foe. So much had happened, she could not remember now what that foe had done
Against her, or if anything had been done.
The breaks were everywhere. That she could think
Of no thread capable of the necessary
Sew-work.

She made the babies sit in their places at the table.
Then, before calling HIM, she hurried
To the mirror with her comb and lipstick. It was necessary
To be more beautiful than ever.
The beautiful wife.
For sometimes she fancied he looked at her as though
Measuring her. As if he considered, Had she been worth it?
Had she been worth the blood, the cramped cries, the little stirring bravado, The gradual dulling of those Negro eyes,
The sudden, overwhelming little-boyness in that barn?
Whatever she might feel or half-feel, the lipstick necessity was something apart. HE must never conclude
That she had not been worth it.

HE sat down, the Fine Prince, and
Began buttering a biscuit. HE looked at HIS hands.
More papers were in from the North, HE mumbled. More maddening headlines.
With their pepper-words, “bestiality,” and “barbarism,” and
“Shocking.”
The half-sneers HE had mastered for the trial worked across
HIS sweet and pretty face.

What HE’d like to do, HE explained, was kill them all.
The time lost. The unwanted fame.
Still, it had been fun to show those intruders
A thing or two. To show that snappy-eyed mother,
That sassy, Northern, brown-black–

Nothing could stop Mississippi.
HE knew that. Big fella
Knew that.
And, what was so good, Mississippi knew that.
They could send in their petitions, and scar
Their newspapers with bleeding headlines. Their governors
Could appeal to Washington . . .

“What I want,” the older baby said, “is ‘lasses on my jam.”
Whereupon the younger baby
Picked up the molasses pitcher and threw
The molasses in his brother’s face. Instantly
The Fine Prince leaned across the table and slapped
The small and smiling criminal.
She did not speak. When the HAND
Came down and away, and she could look at her child,
At her baby-child,
She could think only of blood.
Surely her baby’s cheek
Had disappeared, and in its place, surely,
Hung a heaviness, a lengthening red, a red that had no end.
She shook her had. It was not true, of course.
It was not true at all. The
Child’s face was as always, the
Color of the paste in her paste-jar.

She left the table, to the tune of the children’s lamentations, which were shriller
Than ever. She
Looked out of a window. She said not a word. That
Was one of the new Somethings–
The fear,
Tying her as with iron.

Suddenly she felt his hands upon her. He had followed her
To the window. The children were whimpering now.
Such bits of tots. And she, their mother,
Could not protect them. She looked at her shoulders, still
Gripped in the claim of his hands. She tried, but could not resist the idea
That a red ooze was seeping, spreading darkly, thickly, slowly,
Over her white shoulders, her own shoulders,
And over all of Earth and Mars.

He whispered something to her, did the Fine Prince, something about love and night and intention.
She heard no hoof-beat of the horse and saw no flash of the shining steel.

He pulled her face around to meet
His, and there it was, close close,
For the first time in all the days and nights.
His mouth, wet and red,
So very, very, very red,
Closed over hers.

Then a sickness heaved within her. The courtroom Coca-Cola,
The courtroom beer and hate and sweat and drone,
Pushed like a wall against her. She wanted to bear it.
But his mouth would not go away and neither would the
Decapitated exclamation points in that Other Woman’s eyes.

She did not scream.
She stood there.
But a hatred for him burst into glorious flower,
And its perfume enclasped them–big,
Bigger than all magnolias.

The last bleak news of the ballad.
The rest of the rugged music.
The last quatrain.