I first published these thoughts on 9-11-09. I thought I would share them with you again today in 2020 in a different context that is no less serious, traumatic and important to us and our mental health as Americans. In the first iteration of this column, I reflected on the tragedy of September 11th and how it had affected all of us. In 2001, we suddenly lost our sense of safety on our own soil. We lost two thousand nine hundred seventy 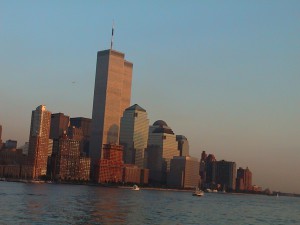 seven American lives. My oldest daughter and namesake, now a young woman with five children of her own, rehearsing to perform in a show that did go on in spite of the hate extended to us by our attackers, was to turn seventeen years old the day after the attacks. It was a time of fear, grief, and pain, but also a time that saw Americans rally around and support each other in ways that we are still struggling to regain today.

It was a Tuesday in 2001, late summer/early fall in South Carolina. Bright blue sky, wonderful smells in the air, and just a hint of the changing season. Enough to make you wish for pumpkins and turkey and pan dressing and kicking piles of leaves and smelling smoke. Enough of all this to make you feel safe, free, and wonderful. Enough to make you proud to be an American. This time around, it was early spring of 2020, March, more bright blue skies and warming temperatures and the hope that this season always brings.

I was working in the mental health center that Tuesday morning, doing what I have now done every Tuesday morning for over twenty-nine years. I was talking to people with psychiatric illnesses, some of whom had been hospitalized against their will for reasons of dangerousness or potential for self-harm. In other words, my job that morning involved making sure that the most vulnerable among us were given a fair shake by the mental health system and the court system, and that if they had improved sufficiently, that they would be released from the hospital that day. How American, yes? In 2020, I was working a normal week, using my office in the mental health center to welcome patients, read emails, enjoy my coffee, all the normal things that I had been doing in that very space for years.

After the second interview, if memory still serves, a staffer ran into the room and told us that the patients and hospital staff waiting their turns to see us in the adjoining room were all glued to the television. It seemed that a small plane had just had a terrible accident, crashing into one of the World Trade Center towers in New York City. How terrible and sad, we all thought vaguely, going on about our work for the next few minutes, not thinking more about it at least at that instant. In 2020, we got wind of a viral illness that had originated in China, but that now appeared to be spreading to other countries. We learned that we had a small outbreak of illness caused by this novel coronavirus, way out on the west coast in Washington state, affecting a handful of people. How sad, we thought, not having any idea what was about to happen to us.

Soon, that same staff member came back with astonishing news. It seemed that the plane that had hit one of the twin towers was a much larger plane, maybe even a jet airliner. No, we all thought, at least to ourselves, how could that happen? Huge planes don’t just lose control and crash into skyscrapers. It just doesn’t happen. We soon went from fifteen cases that we were told would go away to dozens, then hundreds, then thousands of cases of the illness that were caused by this new virus, now called COVID-19.

The next few moments, really the next few hours, changed all of our lives forever. When we understood what was happening, as the first tower smoked and burned and helicopters began to buzz as did television commentators, we stood riveted to the floor, all of us standing up, restless and vaguely afraid but not knowing what we were afraid of, not knowing whether we should just go on about our days or wait to see if we were going to get new marching orders. Do we rush out and buy supplies, do we wash our hands, do we wear masks, do we stay at home? The crash of the second plane into the second tower, with the graphic video footage that almost all Americans have seen, was surreal. We were being attacked. The United States was being attacked. The coronavirus began its relentless march across our nation. We were again being attacked by something that we did not fully understand, to an extent that would only become clear later. I have always loved history. I thought to myself, if there had been the real time coverage we have now in 1941, this is what Americans would have felt like as Japanese planes bombed Pearl Harbor. Just like the Gulf War and other incidents in recent years, we were all witnessing history being made, terrible history that would affect everything from how we traveled to how we looked at neighbors who didn’t quite look like “us” any more. This time, we would shelter in place for many weeks, rarely venture out from our safe zones and fear even those who did look exactly like us.

We went through the rest of the morning in a fog. All of us wanted to make sure our families were safe. As crazy as it feels today, I believe that we all thought that attacks could happen anywhere the rest of that day, even in South Carolina. We made plans to attend church services that night, most of which had been cobbled together as prayer services for the victims as well as for the safety of all of us who remained in America that night, shocked, afraid and angry. My family did something else that a lot of other families did. We met for a meal of comfort food, harkening back to that age-old tradition of gathering around a table and breaking bread together, offering solace and strength to each other. In 2020, we gradually began to understand that these ways of comforting and supporting each other were potentially deadly.

One of the most symbolic things we did as the next few days and the real tragedy of it all became so apparent was to display American flags everywhere. We put them on our cars, on our office doors, on our windshields. Today, we wear masks, gloves and protect ourselves and those around us by these outward signs of the current pandemic. We follow arrows on the floor of supermarkets and stand six feet apart in checkout lines.

In 2001, we remembered that tragic day, September 11th, when so many innocent Americans died. We remembered and honored a new crop of American heroes who rose to the occasion in service to their country. We remembered when the American spirit, so often dampened, burned brightly at ground zero in New York City through dark days and even darker nights of digging, searching, rescuing, and recovering. We remembered the fear, the anxiety, the terror, the anger and the relief when we knew that the worst of the initial attacks was over, though the aftermath was just beginning. 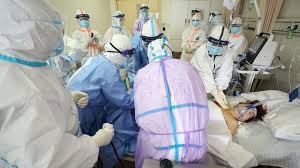 In 2020, we remember the day we heard that the virus was coming for us. We honor those men and women who have worked tirelessly on the front lines, caring for the sick and the dying, exposing themselves to the risk of illness and death. We see the American spirit around the country in the nightly banging of pots and pans and ringing of bells that acknowledge healthcare workers. We once again deal with the fear, anxiety, terror, anger, grief and loss that have accompanied the first wave of this pandemic, even as we know that the second wave, the aftermath, may be coming again.

In 2001, we were not just fighting a war on terror. We were all struggling and fighting to regain a lost sense of humanity and brotherhood and common cause. We were fighting to be a global people who could live together and celebrate our differences as well as our commonalities. We were fighting not to be isolative and separate and exclusive in the global sense, for if we did so, we would all surely die one day, all of us the world over.

Today, we fight not just a war against the invisible enemy that is COVID-19, but against another assault on our humanity, our global brotherhood and our ability to support our survival. We once again see the stark contrast between our differences and our similarities, knowing that attention only to the former will kill us, and nurturing the latter will ensure our continued residence on Earth. We are learning that to live, to defeat this enemy that does not discriminate in its desire to infect and kill us, we must separate from each other. In separating, we bind ourselves tightly together to insure that all get the best chance at life.

I will ask that you take some time to reflect today. Take some time not to grieve just the losses we have endured due to COVID-19, but to consider the loss to humanity as a whole. As I write this, 7.7 million people around the world have been infected with the coronavirus. Four hundred thirty thousand have died. When many of us die, each of us dies just a little right along with them. Be vigilant. Be resilient. Do what you can, where you are, with what you have. Get help for physical symptoms, emotional trauma, sadness and grief. Be strong. Just like September 11th, this is a watershed moment not just for the United States, but for the world. We will survive it, and we will be the stronger for it.

MUSINGS by Greg Smith, MD can be found here:    https://gregsmithmd.blog/

Every Thursday we publish “AfterTalk Weekly.” We invite readers to submit their own poem, essay, or suggestions for publication. If you are a therapist you are welcome to extend this invitation to your clients as well. Please send your submission to info@aftertalk.com

Greg Smith is a psychiatrist who blogs at gregsmithmd. He describes himself as "Son, father, grandfather, psychiatrist, friend, music lover, amateur photographer, traveler, writer, thinker, dreamer, geek. Yeah, I guess that about covers it."

1 thought on “Resilience in the Time of COVID-19”