How to Help Kids and Teens Deal with Grief

Most children and teenagers are innocently oblivious of all the difficulties that life may bring. So, when something earth-shattering happens, such as losing someone they love or know, it can be hard for them to process.

Everyone deals with grief in their own way. There is no right or wrong way to do it. However, if a child or teenager doesn’t deal with 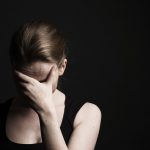 grief and accumulated emotions, they won’t be able to heal.

Even though you can’t take away the pain of someone who is grieving, you can help them cope with it. Instead of being a passive observer, you can be your child’s, sister’s, or friend’s faithful companion on the road to personal healing.

Being in such a sensitive and developing period of life, children and teenagers can easily build a wall around them while grieving – and not allow you to come close. That’s why it is important to know the best and most appropriate ways of reaching them during these especially hard times.

Talk with Them about It

Avoidance can slow down the healing process. If you start to act as if nothing has happened, your child or teenager won’t have the time to deal with grief in their own time and pace.

That’s why talking about it is important. You don’t have to push extensive conversations if your child doesn’t want that. Simply explain that whatever they are feeling right now is normal.

They shouldn’t be afraid if they feel like they will never be happy again. Reassure them that the pain and grief will lessen over time, even if it doesn’t seem that way.

Do your best to address any emotion or behavior they are consumed by. Show that you understand them and respect their grief.

Also, don’t forget to let them know that you will always be there for them if they want to talk about it. Day or night. Talking about their emotions isn’t shameful or an expression of weakness. Children and teenagers should know that.

Keeping those negative emotions inside can lead to an explosive mess. No one should push the emotions down as they can’t disappear. They can only lay low until it all comes bursting out like a volcano.

To avoid the consequences of suppressing negative emotions, you should encourage your child or teenager to express them.

They don’t have to do it with words if they don’t feel like talking. There are other non-verbal ways of letting it go.

For one, they can write. According to Harvard Medical School, writing while grieving can increase emotional and mental health as well as boost the immune system. It can trigger strong emotions such as crying or being upset, which can be therapeutic.

You can suggest to a child or teenager to write in a journal, come up with short stories, fictional pieces, or write essays. For the latter, you can suggest them to try this essay sample database for inspiration. If they like the essays, they might be more willing to start writing.

Another method for non-verbal expression of emotions is drawing or painting. Take some paint, coloring pens, or markers and invite a child or teenager to create something. Art therapy is an existing and applied technique. It is developed by the idea that creative expression can help with healing and mental well-being.

When they face a loss for the first time, children and teenagers can feel like no one understands what they are going through. The pain and disbelief are so strong and overwhelming that they can’t comprehend how anyone can deal with those emotions.

What can help your child feel less alone is sharing your grief. Express how you feel about that situation. Maybe they see you standing there strong and stoic and think that you aren’t suffering as much as they are. Your story can help them realize that everyone grieves in their own way.

Bring Back Routine and Age-Appropriate Activities

The last thing a child or teenager wants is to stand out. Being the one who just lost someone isn’t easy. Not just because of the emotions they are experiencing but because they feel like someone has put a spotlight on them.

What can help is getting them back into their routine. Encourage healthy habits like exercising, playing, and eating healthy. Also, encourage them to see friends, join extracurricular activities, go see a movie, walk the dog, and so on.

Bring back that feeling of normalcy into their life. They mustn’t forget that they are still children.

The grief might have changed them, but you should help them understand that it is okay to get back to their life. It is also okay to enjoy things and be happy. Some children and teenagers can have a hard time accepting that, so they’ll need your help.

Memorialize the Person They Lost

Remember that keeping the memory of the person alive is a part of healing. Memorializing the person they’ve lost can help a child realize that no one can take the experience they’ve shared with that person away from them.

Not mentioning the person’s name or removing all the photos won’t help. It can only intensify the feeling of loss.

Let your child know that they’ll always have the memory and the love they felt for that person. You can even ask them if they’ll like to do something special to pay their respect. It can be watching that person’s favorite movie, sharing your best memories of that person, making a scrapbook with their photos, etc.

Some children and teenagers tend to deal with grief by pushing everyone away. They are mad at themselves and at the whole world for what happened. In those moments, it can seem like being affectionate is the last thing you should do. But it’s not. You should show your love and care now more than ever.

Reassure your child or teenager that you love them and that you care for them. Kiss them good night. Give them a hug, even if they seem reluctant.

No matter how distant they seem, that love will be embedded in their subconscious. And they will be thankful for it. Maybe not today. Maybe not tomorrow. But one day, they might realize that your love and affection is what gave them the strength to heal.

There is no guide when it comes to dealing with grief. You can’t predict how a child or teenager will act in such a situation. That’s why having these ways of helping your child cope with grieving can help you.

This isn’t a universal recipe. You should adapt these tips to your child’s behavior. However, bear in mind that if nothing is helping and you start being concerned about their behavior, they should talk to someone. In that case, take them to a grief counselor, child psychologist, or other mental health professional.

Kristin Savage nourishes, sparks and empowers using the magic of a word. Along with pursuing her degree in Creative Writing, Kristin was gaining experience in the publishing industry, with expertise in marketing strategy for publishers and authors. Now she had found herself as a freelance writer. Kristin runs her own FlyWriting blog. You can find her on Facebook.

Kristin Savage nourishes, sparks and empowers using the magic of a word. Along with pursuing her degree in Creative Writing, Kristin was gaining experience in the publishing industry, with expertise in marketing strategy for publishers and authors. Now she had found herself as a freelance writer. Kristin runs her own FlyWriting blog. You can find her on Facebook.