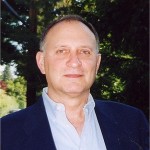 It’s been nearly five months since my mother passed at 88, just two months shy of her 89th birthday. I’ve written about grieving for my mother extensively in this section of AfterTalk, and you are welcome to read my earlier posts written shortly after her death. You don’t have to; here’s the ‘previously…”: it was not unexpected. She had been to our surprise detriorating mentally for five months. Mom suffered from a bad heart for years, but had been uncannily mentally alert. We had some warning, so my brother and I were with her in her home when she passed. We had enjoyed a good day together when she was lucid. She talked on the phone to my young adult children, decided to eat her dinner, choked for a minute on the food, and was gone. Just like that.

I still miss her. On weekends when I go outside to do gardening, I still have the impulse to call her. My bluetooth headphones allow me to do chores and carry on conversations simultaneously. She would accompany me electronically on long walks with my dogs. To this day, if I saddle them up for a walk after my mother’s late morning wake up time, I think perhaps I should call her now. The same thing happens when there’s news to share about my children. My first impulse is to call my mother. The more than one hundred days since her death hasn’t changed that. I suspect it never will.

I’ve learned two things while grieving for my mother– actually many more– but two that I want to share with you today.  One is preparation. She did everything she could to make her passing and the subsequent logistics of death as easy as possible. Both she and my father had made all the burial arrangements and paid for them in advance. I only had to call an 800 number. She also had all her papers and accounts in order. My brother and I were on every account and deed. The process was still tedious, but not like the horror stories I often hear after a passing. So  the first life lesson I learned is to make everything as easy as possible for your heirs.

The second one causes me a lot of emotional pain. I wonder about something family related, and realize that there is absolutely nobody left alive who can answer the question for me. I so depended on my mother’s encyclopedic knowledge of both sides of my family tree, that I am left without answers.

In past years, I’d stumble across an old photo and email it to her. She’d identify the cast and tell me their life stories. After she died, I found a photo of my grandfather, her dad, as a young man with several other men. I knew they were not my great uncles–his brothers–because all of them bear a resemblance to each other. I will never know who these men are or why they all posed for this picture.

For years, I tried to get my mother to write a family history, and for whatever reason, she never got around to it. It wasn’t that she was too busy, it’s just that it wasn’t her nature to commit things to paper. She was more or an oral traditionalist. I should  have sat her down with a recorder and interviewed her. Maybe it’s just me, but it obsesses me that a part of my past is permanently cut off from me, that there are strangers in the family albums I will never know. Was that other couple with my parents in a poolside black and white Kodak friends they met on a cruise, or one of those cousins who used a different last name and were never real to me?

I am resolved to do better for my children. That is lesson number two. Write it all down somewhere, even if they don’t seem to care about the information now, one day when you are gone, they will appreciate that you filled in all the blanks.

1 thought on “Grieving for my Mother: two life lessons learned”