To those losing loved ones to Alzheimer’s, I did not notice subtle changes in my mother’s behavior because my focus was on my father’s loss of memory, poor decision making, and constant repetition. I was busy engaging my mother’s support to help dad. Dad and I were teaching mom 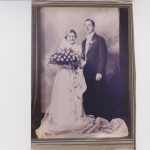 how to write checks to pay the bills, take charge of keeping daily and social schedules, and do more of the driving to and fro. It suddenly became apparent that mom could not write the checks, could not oversee schedules, and was making substandard decisions in daily living activities. Dad started to report some odd actions on mother’s part. He said she was taking things that didn’t belong to her, paper towels and toilet paper from the clubhouse, sugar and bread from restaurants (sometimes the sugar bowl), and all of the cookies meant as samples in Publix. She was stuffing them into her bag and bringing them home. I cajoled dad, but was really concerned. 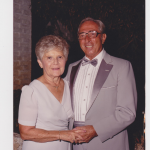 because he and mom were fighting viciously all of the time. He confided that at times she was physically attacking him. Then to my dismay her violent flares of temper and physicality included others and even me. Her friends dropped her from the mahjong game when she could no longer bet on a hand, keep her hand out of the pot, or remember the hands to be played. The canasta ladies could no longer cover for her ineptitudes and so they, too, let her go. I could not in good conscience let her drive and so I had her license confiscated.

I was frustrated, sad, and frantic about her losses, and hired ladies to help her a few hours a day, then all day, then sleep-in. Mom persistently called me screaming threats that I had no right to oversee her life. I paid the women extra when mom started locking them out of her house, pinching them, and accusing them of indiscretions with her husband. Then the helping ladies reported she was touching them inappropriately. Each day sank me further into dejection trying to micromanage my parents’ money; adjusting to each new loss made me wobble with lack of control and the sorrow of losing individual aspects of her. She thought the oven was the house thermostat, forgot how to cook, and acted lewd and inappropriate.

My parents lived in Florida, and I in NY. Multiple daily phone calls, frequent flights down to Florida to make new arrangements, and the constant scourge of grief was unnerving me. I had my own family responsibilities, which were heavy at the time, some physical disability and the extra time, duties, and sense of loss became overpowering. I was losing both parents bit by bit and especially my mother was becoming burdensome (I say with guilt), vacant like a mall parking lot after midnight, unsightly (unkempt, inappropriately dressed) and when I looked into her pale face, wan eyes, and saw her shaking hands, I wanted to curl into a ball and roll away.

I had given up several hours of my own work to tend to their needs, I had given up having a “real” mother, and my dreams were now darkened 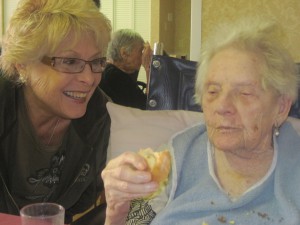 with nightmares. The only way I could cope was to release my mother and take care of this strange needy old woman out of the kindness of my heart. Eventually we placed my parents in assisted living. After my father’s death, mom was placed in a memory unit. They called it the lock-up which hit my heart with such a thud that my heart became locked. Slowly, my beautiful, coiffed, manicured mother became the witch in Hansel and Gretel, with wild hair, gaunt cheeks, vacant eyes, trembling hands, eating mush which dribbled from her lips, slumped in a wheel chair, dozing with the other empty bodies and heads unfortunate enough to meet with this same end. When my mother was finally deceased, it was not a loss, it was a gain. She no longer suffered, I no longer suffered, and there was a peaceful settlement to celebrate. I don’t know which is worse—the instantaneous death of your parent or the experience of losing her piece by piece, the way a rat nibbles at a perfect round of cheese, leaving holes and crumbs behind.

Barbara Werzansky is a Speech Pathologist, a published poet, builder of Zen gardens, qigong/t'ai chi student, and devoted daughter who wants to share her experiences with Alzheimer's in order to help others.