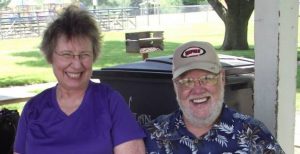 The other day during an ice storm, I looked out the back window to see lots of irregularly shaped pieces of ice all over the patio. I figured the broken ice had been swept off the tree by the force of wind. The sun glimmered over the ice pieces, making them sparkle like diamonds. At the same time that I was awed by the beauty before me, I broke down crying. I saw myself, just like the ice, shattered to pieces, never to be the same again after your death. In a way, I died with you that day and I couldn’t see how I could 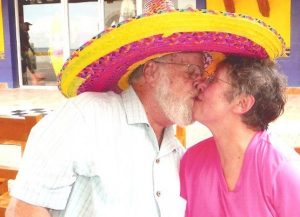 put those shattered pieces of me back together.
I stood by the window in silence, both tearful and in awe. Gradually it came to me that with time and temperature changes, those shattered pieces of ice would start melting, still a bit slippery, but better than the ice rink it was that day.  And then after a while, all of it would melt and drip off the patio into the ground. It would nourish the tree and the bushes, and become part of them. Still later, the melted ice would support the growth of new flowers and new beginnings.
And then I realized that this event symbolized my life — at first shattered, now softened but still slippery, and maybe eventually nourishing of new life. And I began to see that maybe, just maybe, I would be able to grow again…not back into who I was last year; that season is over. But maybe I can grow into someone who can appreciate life once more.
After a year, I’m thinking that there is hope for me. I’m thinking that I can become a new person while still cherishing who I was when you were in my life. I will never let go of you; there’s no “moving on.” You will be part of who I become, because the memory of you is so precious. You are a gift to me now, just as you were when we were alive together.

We are James and Leah Cumberworth from Davenport, Iowa.