Editor’s note: AfterTalk Pandemic Weekly commemorates this Friday’s anniversary of 9/11. If COVID19 is a storm of a pandemic, hatred is a hurricane Force 5 of a pandemic. We live in an era of three simultaneous pandemics, COVID19, Hatred, and Climate Change. God help us. 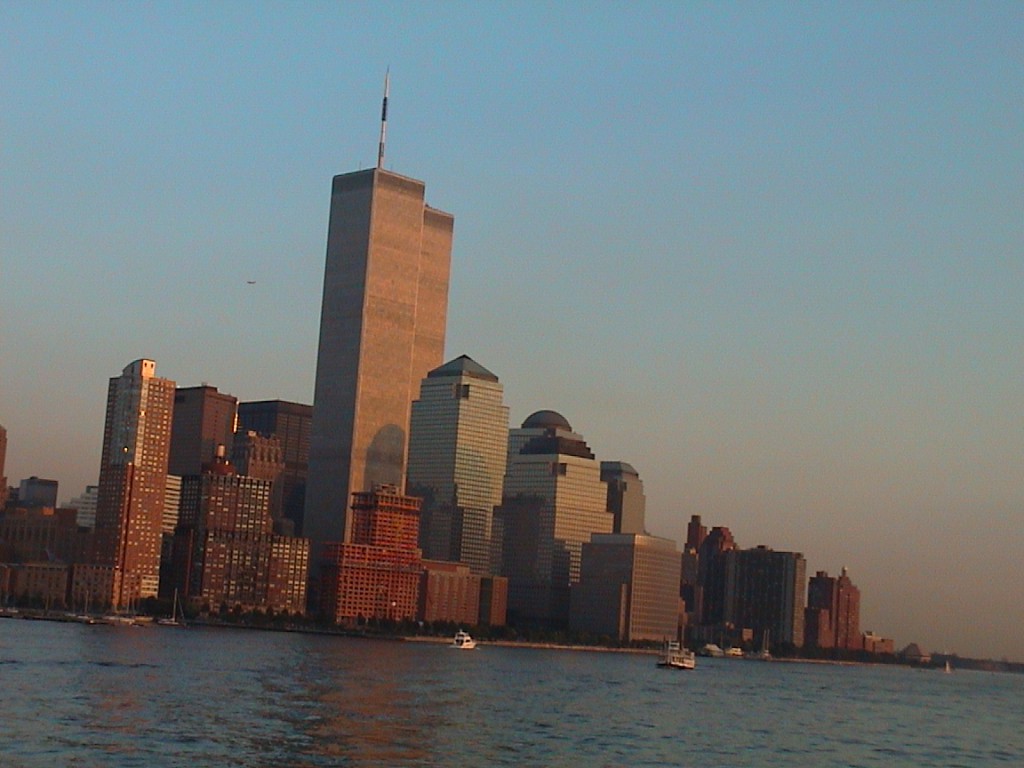 photo by Larry Lynn one year before 9/11

There is a heavy debt of guilt whenever I realize that our new life wouldn’t exist had Arron not died. Through the pain of our grief, we discovered strength we didn’t know we possessed, learned to appreciate the gifts of life and have empathy for others who were themselves in pain. We were awakened into life by death.

Experiencing death head-on opened the door to new opportunities in our lives. In my longing to be with Arron, willing him to exist in some new form, I lost my fear of death – something I’ve come to see as the unexpected gift of grief – a lack of fear that unmasks an entirely new universe of possibility…

Author, mother, and widow Abigail Carter wrote this on the tenth anniversary of her husband Aaron’s death in the World Trade Center on 9/11

“My father, Norberto, was a pastry chef at ­Windows on the World in Tower One. For 10 years, he made many fancy and famous ­desserts, but the sweetest dessert he made was the marble cake he made for us at home. … Whenever we parted, Poppi would say, ‘Te amo. Vaya con Dios.’ And this morning, I want to say the same thing to you, Poppi. I love you. Go with God.”

—Catherine Hernandez at the World Trade Center site in 2008

“My older brother John lived [his life] in Technicolor. … When he walked in the door, the whole house lit up. And I’m sure heaven lit up when he got there too.”

—Anthoula Katsimatides, speaking at the World Trade Center site in 2005

“My son, firefighter Leon Smith Jr., who was the sunshine of my life. He gave his life so that others could live. I love you, I miss you and we’ll meet again soon.”

– Irene Smith spoke lovingly of her son, a member of Ladder Co. 118 FDNY, during a memorial service in New York

America’s poet laureate, Billy Collins, wrote a poem he called ‘The Names’ about the 2,792 who perished on 9/11. Here are its closing lines:

Names etched on
the head of a pin.

One name spanning
a bridge, another
undergoing a tunnel.

A blue name needled
into the skin.

The bright-eyed
daughter, the quick son.

Alphabet of names in
a green field.

Names in the small tracks of birds.

Names lifted from a hat

Or balanced on
the tip of the tongue.

Names wheeled
into the dim warehouse
of memory.

So many names, there
is barely room on
the walls of the heart.”