Grieving the Loss of a Mother

I slowly, very slowly, came to realize that the grief I had felt was one of the things that connected me to some of the other people in my life. I found myself being able to do more than just say “I’m 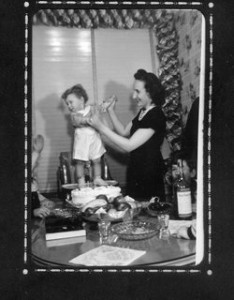 sorry for your loss,” because I really could relate to their loss, and it created a connection I could never make before. Then one day the mental image of my rope-tied hands came full circle when I was photographing my nephew and his friend rock-climbing in the wilderness. I witnessed them using their ropes to get to places they never could have reached otherwise, and it all just clicked. The ropes of grief that had tied my hands had become the means by which I could touch people I otherwise would never have reached.

And all of a sudden, my greatest grief became a gift, not TO me because it still tore my heart out, but it became a gift THROUGH me to somebody else who needed it. And I saw my own mother’s generosity expand to touch people she’d never met.

You said grieving the loss of a mother doesn’t get better, it gets different. I think that’s true. I’m glad it’s different for you. It seems to me that you also are re-working the grief into gift for somebody else. Bravo.